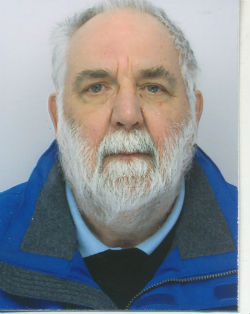 John is a retired aeronautical stress engineer having worked in the industry from 1961 until he retired in 2008.

He has suffered from Tracheomalacia and Bronchomalacia, due to Relapsing Polychondritis (a softening of the major airways due to the cartilage rings being destroyed by this auto-immune disease) since 1983 and had a Peak Flow (PF) of 240 at that time. By 1993 his PF had reduced to 180 and a planned insertion of 9 stents was performed to stiffen the airways resulting in a PF of 340. The result of this disease is that he gets out of breath very easily but not as much as he did before the stents were inserted. Although this disease is not typical of most COPD sufferers, he feels that it is the most apt description for his condition and can relate to other sufferers with various forms of COPD.

He attended a Pulmonary Rehabilitation (PR) course in 2008 that greatly improved his breathing which has been very beneficial for his retirement. He suffers from exacerbations, at least once a year and sometimes up to 3 times a year. He has a rescue pack of anti-biotics and steroids to take when required and he also monitors his Peak Flow and FEV1 to help him with a diagnosis of any changes.

The impact on daily living - the shortage of breath means that he tires very quickly doing gardening or DIY, particularly if they involve bending and stretching, but he is able to cope with most day to day jobs about the home. PR also helped him to care for his wife when she needed to be pushed in a wheelchair.
He finds that carrying anything in his arms also causes him to tire quickly so he has a collection of rucksacks to help him. On the positive side he was able to enjoy Nordic Walking twice a week before the lockdown.

His main interest in being part of PCRS is to promote Pulmonary Rehabilitation and ensuring that rare diseases are considered when difficult diagnoses are performed.